Walter Thurtell left his family in the Dubuque area about 1898 and moved to Honolulu, Hawaii, where he lived the rest of his life. He is listed in the 1900 U.S. Census in Honolulu District, Island of Oahu, Hawaii, twice, one at a home on Miller Street with five lodgers and the other living alone at a home he owned on Beach Road. He had contact with his sister, Harriet Thurtell Cattnach, about 1907; but she and her family thought he never married or had any children. His death certificate shows he died at his home at 80 Laimi Road, Honolulu, on December 17, 1921, and lists him as a widower.

Emma Bechtel Thurtell is shown as the head of the household in the 1900 U.S. Census, living with her three children in unincorporated Dunleith Township, Jo Davies County, Illinois, right across the border from the Dubuque area. By the 1920 U.S. Census, Emma Thurtell was living at 264 Longworthy Avenue, Dubuque, Iowa, and was listed as a servant living with the family of Joseph C. Garland. She died in Holt, Michigan, on April 26, 1951. Her obituary in the May 3, 1951, Dubuque Telegraph shows she had lived with the J. C. Garland family in Dubuque but had left the area about 15 years earlier to live with her daughter, Barbara (Mrs. E. C.) Earl, of Flint, Michigan. The obituary shows that surviving "are her daughter, five grandchildren and nieces and nephews in Dubuque."

The picture below of Walter and Emma Bechtel Thurtell and their children is from the collection of Cynthia Kerman. 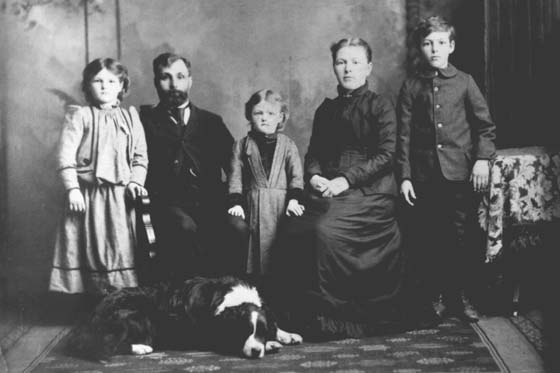 Read More about George B. Thurtell