Edward John Godfrey Thurtell was born at Beaufort West, Cape Province, South Africa, on August 29, 1878, the son of Edward Goddard Thurtell and Sophie Dewing Thurtell. He was an engine driver on the railway. He probably started with a railway in South Africa and later moved to Rhodesia. His address (ca.1930?) was Box 403, Bulawayo, South Rhodesia. He married twice, first on January 2, 1901, to Ellen Johanna Hutson (or Hudson?), who was born August 14, 1880, and died October 24, 1912. He had four children with her. On February 3, 1913, he married Ethel May Gunn, who was born May 28, 1886, and had four more children with her.

The pictures below are from the collection of his grandson, Errol Thurtell. The picture on the left was taken when he was 17 in the Kimberly Regiment, where he fought for the British side. The picture on the right was taken in Zimbabwe and shows "To Henry, Love Dad" on the back. During the Thurtell Reunion in 1999, his grandson Errol Thurtell recalled that he was in the Boer War in two different regiments and died in 1969 at age 91. 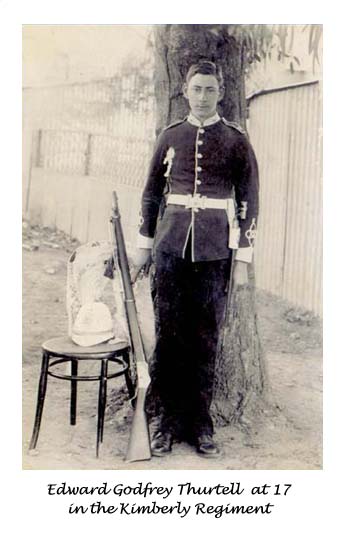 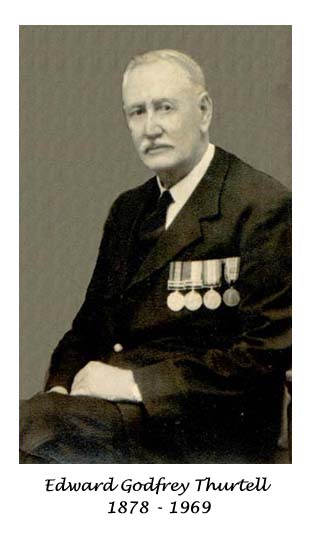 The picture below was taken in Port Elizabeth, South Africa, and shows Edward Godfrey Thurtell's family, probably his brothers, sisters, and parents. 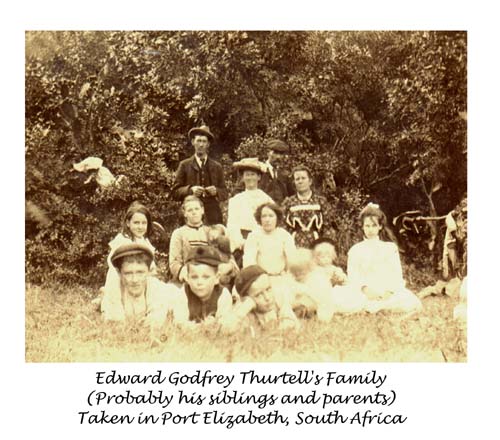 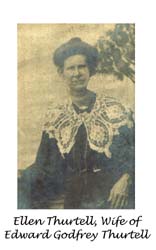 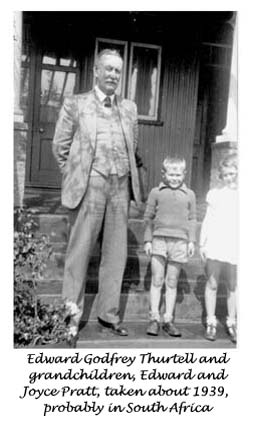 Index to Pages with Photos