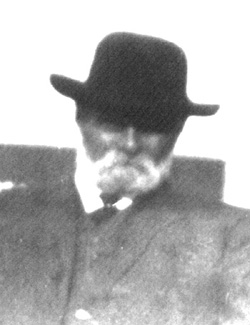 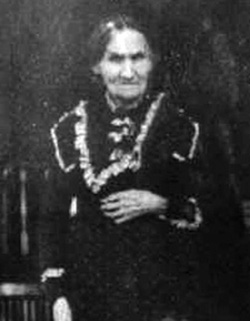 The homestead records on file at the National Archives in Washington, DC, include the homestead claims file for Francis Thurtell finalized February 10, 1873, certificate number 900, application number 1554. This file is also indexed with a copy of the land patent in the Bureau of Land Management, Eastern States, internet site at http://www.glorecords.blm.gov. An affidavit in the file shows that Francis Thurtell was the head of a family with a wife and seven children and a U.S. citizen as of May 7, 1872. He was residing at the south east 1/4, Section 28, Township 28N, Range 13, where he had begun living on December 20, 1865. He had built a log house with a story and a half, a board floor, shingle roof, three doors, and five windows. He had cultivated about 35 acres of this land, with one acre more chopped, built a log barn, and also had sixty fruit trees. Thomas and William Armstrong signed an affidavit with this information for his homestead file on May 7, 1872. Francis Thurtell then obtained 160 acres in the south east 1/4 of Section 28, Township 28N, Range 13W, in Leelanau County, Michigan, under the Homestead Act. An affidavit is also in this file signed by Francis Thurtell at the Land Office in Traverse City, Michigan, dated December 19, 1865, showing that he had filed his application 1554 for homestead property and that he had declared his intention to become a citizen of the United States on that form.

The records for his original land purchase of 25.35 acres, Lot Number 4, in Section 28, Township 28N, Range 13W, in Leelanau County, Michigan (document number 3616), show that he paid $1.25 per acre, or a total of $31.69, with the payment made in Traverse City, Michigan, on August 24, 1867. The land patent was finalized for this purchase on July 1, 1869, according to the Bureau of Land Management Records, which are available on the internet at http://www.glorecords.blm.gov.

Records of the Bureau of Land Management, Eastern Division, with a Searchable Index